While dog seizure disorders are uncommon, they are not rare. Roughly one in every 100 dogs will have at least one seizure during a calendar year. To keep your dog safe during an episode, here is what you need to know about seizures. 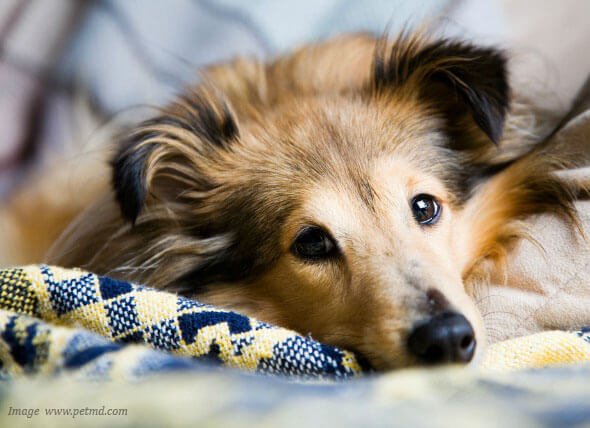 What Is a Seizure?

According to the Mayo Clinic, a seizure is “a sudden, uncontrolled electrical disturbance in the brain.” The abnormal activity can result in blank stares, uncontrolled muscle spasms, and a loss of consciousness. Typically, seizures last for 30 seconds to two minutes, and they can occur in any breed of dog.

Researchers have done epidemiological studies of seizures in dogs in the United Kingdom. They looked at nearly half a million canines and found there is a 0.82 percent chance of a dog having a seizure in any given year. The rates were higher for males, the elderly, and the overweight.

What Causes Seizures in Dogs?

Any creature with a brain has constant electrical activity. The brain is continuously sending messages between cells that dictate a dog's thoughts, movements, and bodily functions. A seizure happens when there is a sudden burst of electrical activity that disrupts the messages.

There can be one or more factors for a single seizure. Most frequently, there is some brain injury that makes the electrical disturbances more prevalent than in the average dog. Some other potential causes include:

All seizures are also not the same. Researchers have classified seizures into three broad categories, depending on the severity. There are also subsets for the following classifications:

A focal seizure occurs in a small portion of the dog's brain. This variety occurs in approximately 60 percent of cases and can impact physical, mental, and emotional components. For instance, a dog may start seeing or hearing things that are not there.

The results of a focal seizure will vary. They may impair a dog’s use of one side of their body or face. They can also mimic the symptoms of a nervous system disorder. Regardless, they typically don’t have the lifetime impact of generalized or grand mal seizures.

Focal seizures can result in impaired awareness or a loss of consciousness. The former will leave your dog with a blank stare, and they won’t respond to their immediate environment. It may also trigger them to perform repetitive actions, such as chewing or walking small circles.

A loss of consciousness is a severe outcome and often accompanies muscle spasms or involuntary jerking. This type of seizure can potentially change how your dog can smell, taste, and feel. Note the more damage that seizure has on the brain, the more likely that is to happen again.

Generalized or grand mal seizures occur when the electrical disturbance covers both sides of the brain. It can cause muscle spasms, loss of consciousness, and disorientation. Occasionally, some seizures that start as partial versions can become generalized.

The symptoms of generalized seizures are more severe than their partial counterparts. The precise symptoms will vary based on one of the six types. Without doing a deep dive into each one, here are the six subsets. 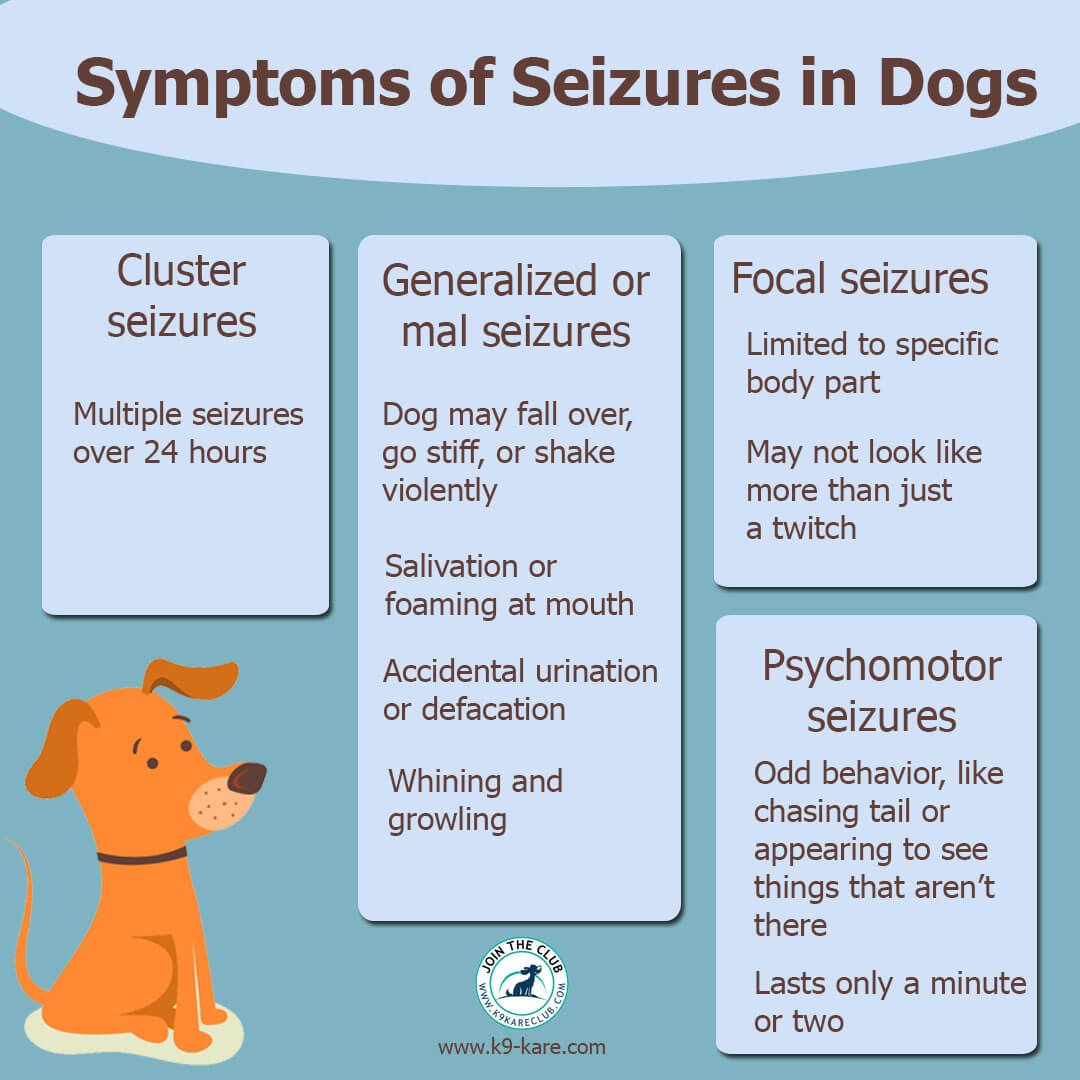 Note that some seizures have unknown onsets. In these cases, healthcare professionals can’t verify the root cause of the problem. These are relatively rare, though they do happen.

What Are the Symptoms of Seizures in Dogs?

We have touched on many of the common symptoms already, including loss of consciousness, muscle spasms, tension, limpness, and shaking. These symptoms can appear without warning, though you may detect something “off” in the way your dog is acting. Milder versions may result in your dog appearing worried or frightened.

In some cases, your dog may try to take shelter or hide during or after an electrical disturbance, especially if there is a vivid visual component. Dogs that experience atonic seizures may have trouble controlling their bowel or bladder movements. Many seizures occur during sleep or quiet periods of rest.

The seizure will also change your dog’s behavior after the fact. Recovery can be immediate, though some cases last up to a full day. During this time, your dog may begin pacing around, drinking more water, eating more food, and acting confused.

What Do I Do If My Dog Has a Seizure?

Watching your dog having a seizure can be stressful and unnerving. The best thing that you can do, though, is to stay calm. Make sure that your dog is not near objects or people that could hurt him. For instance, if a seizure occurs in the living room, try to move nearby furniture or tables.

Keep an eye on your dog and note how long the seizure lasts. During this time, you should not put your hands or head near their mouth to minimize the chance of accidental biting. Additionally, don’t put anything in their mouth, as it might involuntarily choke them.

A seizure typically lasts 30 seconds to two minutes. Give your dog time to come back into their normal state of mind. You may want to pet them for reassurance after the seizure, though you should be aware of the biting risk. Your dog will likely be confused and possibly frightened.

If a seizure lasts for more than five minutes, call a veterinarian immediately. Significant seizures can lead to severe health problems, such as difficulty breathing, overheating, and brain damage. In these instances, a vet may give your dog Valium to end the episode.

Is There a Cure for Dog Seizures?

Medication is the best option when it comes to minimizing the frequency and severity of dog seizures. A veterinarian can proscribe treatment based on their history and genetics. For instance, some breeds, such as German shepherds, cocker spaniels, golden retrievers, and Siberian huskies have higher dispositions.

In addition to regular medical treatment, you should feed your dog a well-balanced diet. That means minimal sugar and processed foods. Some other potential remedies include lowering the stress level of their environment and acupuncture.