There’s no doubt that nothing is more important to you than your dog’s safety—after all, they’re family, right? Keeping your four-legged friend safe requires taking some precautionary measures now and again. Here are ten tips to ensure your dog lives a full and happy life.

Stay Away from Toxic Foods

There is a long list of foods you should never give to your dog. While we can efficiently process almonds and artificial sugars, dogs don’t have the same biological mechanisms. Perhaps the most notorious culprit is chocolate, which initiates the most calls to the Pet Poison Helpline. 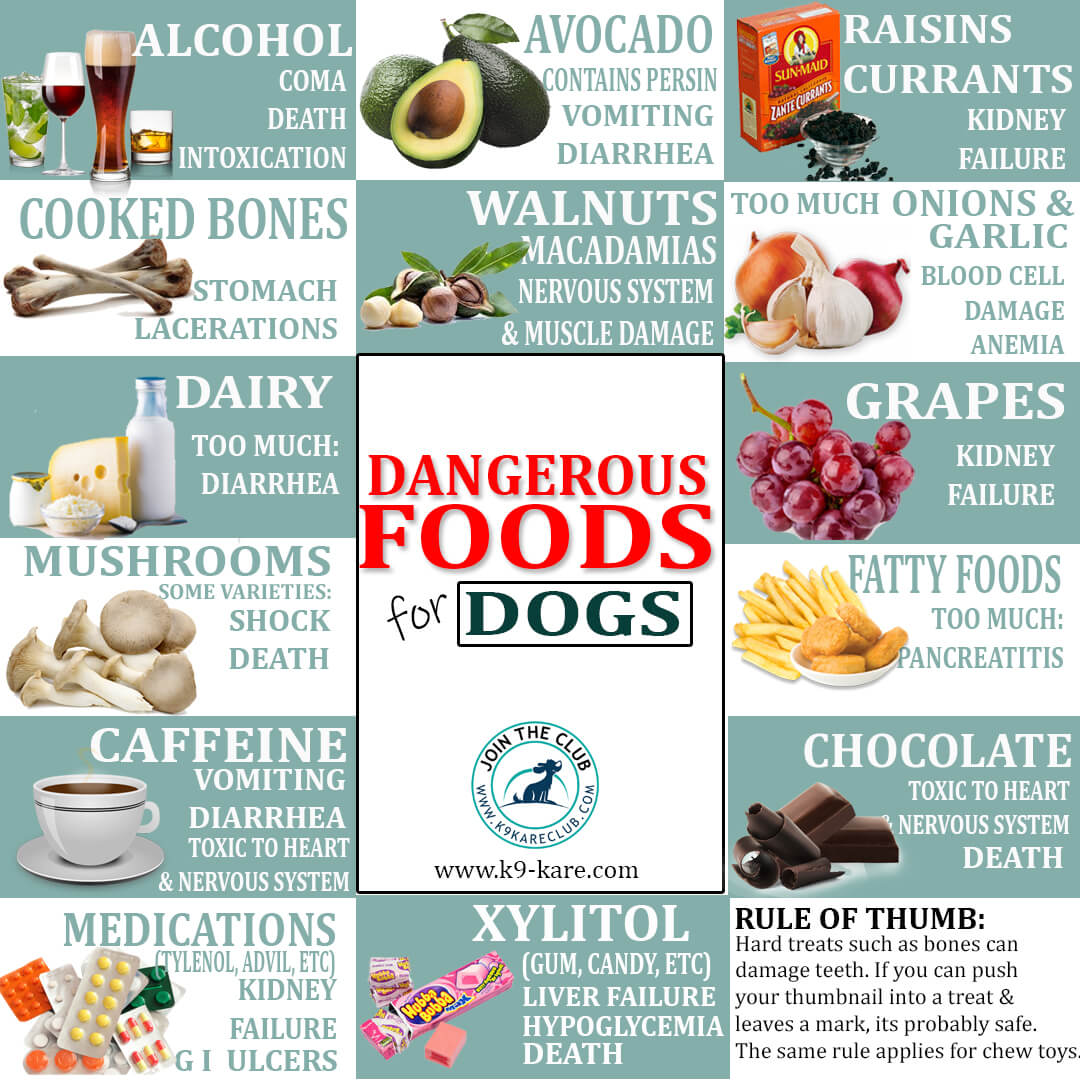 The toxic part of chocolate is called theobromine. While humans can quickly metabolize it, dogs can’t. If your dog consumes chocolate, the theobromine will build up in their system and cause harmful side effects.

The initial symptoms of chocolate toxicity include nausea, vomiting, diarrhea, tremors, and increased urination. A considerable amount can cause severe problems, such as seizures, internal bleeding, and cardiac arrest. You may start seeing these signs after a single ounce of chocolate.

Of course, all chocolate is not the same when it comes to theobromine levels. Milk chocolate has 44 to 58 mg/ounce, while baker’s chocolate ranges from 130 to 450 milligrams. It is worth noting that white chocolate only has 0.25 milligrams, though the high levels of sugar and fat are less than ideal for your pooch.

One way to calculate chocolate toxicity is with a calculator. After plugging in the type and weight of chocolate and your dog’s weight, you will get a readout of the likely symptoms. If you have immediate health concerns, make sure to contact a medical professional immediately.

Chocolate is only one of many forbidden foods. While the severities vary, it is in your best interest as well as your dog’s if you avoid them altogether. The list includes:

According to the Center for Disease Control, nearly five million people sustain a dog bite each year, with 800,000 of those cases requiring medical attention. Some offenders show up on the CDC’s list every year. For instance, the Chihuahua is notorious for its willingness to bite, though it is unlikely to cause any significant damage.

Other dogs, such as bulldogs, pit bulls, and German Shepherds, are more problematic because their bite force is much stronger — each of these breeds has a bite that ranks in the top 20 for power. While we understand a majority of these dogs are well-behaved, owners need to be responsible for mitigating the risk of harm to themselves and others.

There are a couple of solutions, some being easier to implement than others. For example, a dog with a history of aggressive behavior should not be in a home with children. (That one is non-negotiable.)

Spaying and neutering can also reduce a dog’s aggression. Both methods lower their hormonal levels and can be a solution to multiple behavioral problems. There are some contradictory studies to this conventional wisdom, though, so take it with a grain of salt.

Perhaps the best thing you can do is to socialize your dog, especially at a young age. This acclimation process allows dogs to interact and play with other canines regularly. The consistent exposure will reduce the odds of defensive or hostile reactions in the future, such as biting and barking. 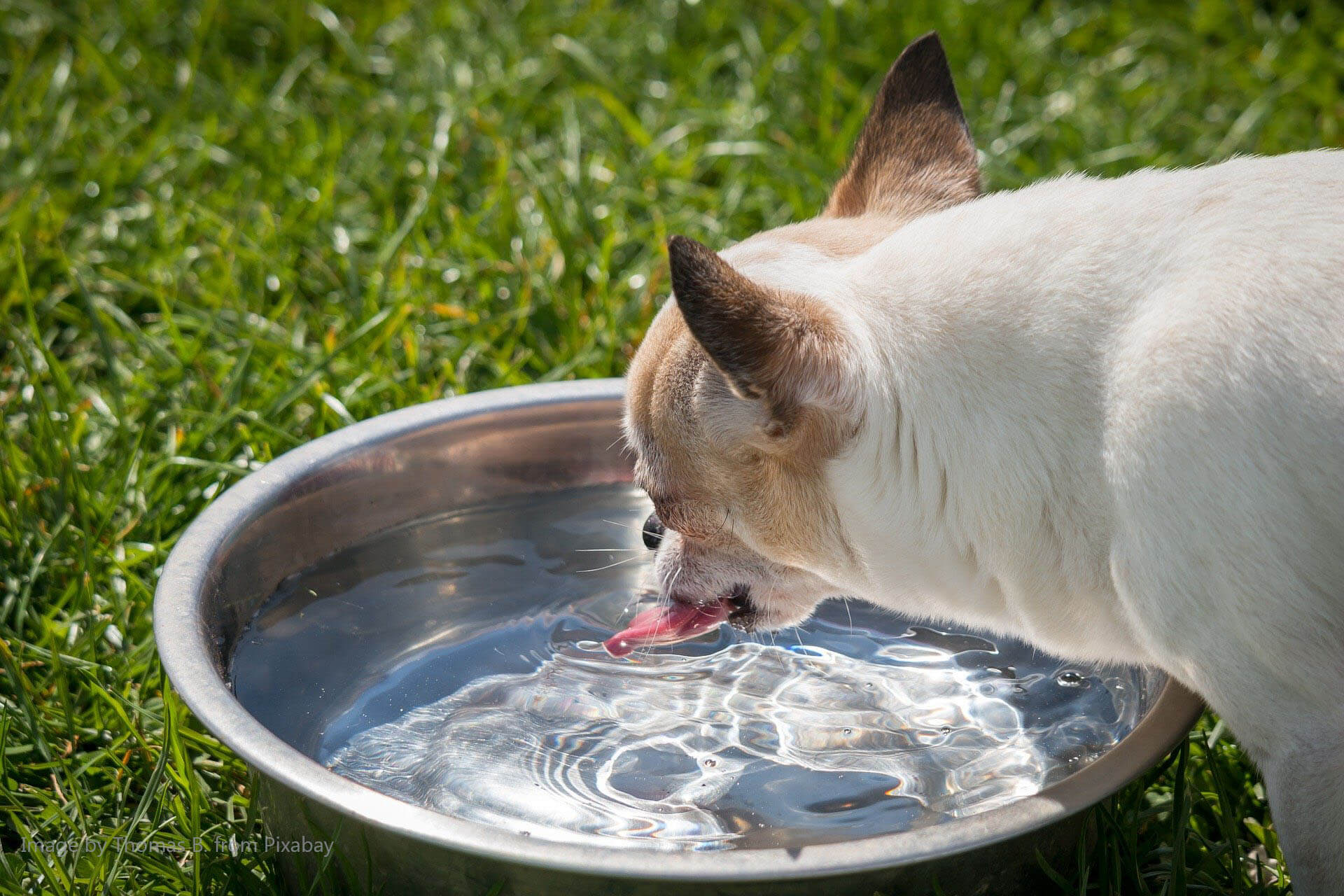 Summer is a time for fun and relaxation. Make sure to keep an eye on your pup to ensure they’re having a good time, too. One of the most common summertime issues for dogs is dehydration.

A regular source of water and shade will go a long way to prevent overheating. Many times, your dog will naturally seek out these items if they’re feeling hot. Of course, it helps to know the signs, which can include:

Similarly, you should avoid leaving your dog in the car on a warm day. Even if it’s 70 degrees, and you pop into the store for ten minutes, the inside of a locked car will feel like 89 degrees. Those figures only increase the more time elapses. While 16 states have “hot car” laws on the books, you can make a significant difference by cracking a window.

Another way to protect against the sun is with sunscreen. This added layer of protection is especially useful for dogs with short or light coats. If you are planning on spending most of the day outside with

your dog, make sure to cover their most vulnerable areas, including the nose, belly, and ears. There are several brands of sunscreen specifically for dogs.

All that fun in the sun will also increase your pup’s chances of bringing home parasites and other pests. Even small critters, such as ticks and mites, can put your dog at risk for Lyme disease or Bartonella. The best approach is the regularly comb your dog and remove any potential freeloaders.

Exposure is the primary concern during the winter. Leaving your dog in a frosty environment can be problematic, especially if they are thin, short-coated, or elderly. While Siberian huskies, Alaskan malamutes, and Samoyeds live for those conditions, most dogs have an increased risk of frostbite and hypothermia.

Being aware of your dog’s limits can make all the difference. If you are going for a walk and your pooch is visibly shaking or frequently begging to turn back, you should listen. If possible, walk during the afternoon when the temperatures are the highest and provide the most visibility.

Don’t forget to clean your pooch’s paws, too. While muddy tracks are a potential headache, dogs will also come into contact with toxic chemicals on the road, such as antifreeze and de-icers. The residual traces of these compounds can end up in your dog’s system when they lick themselves post-walk. 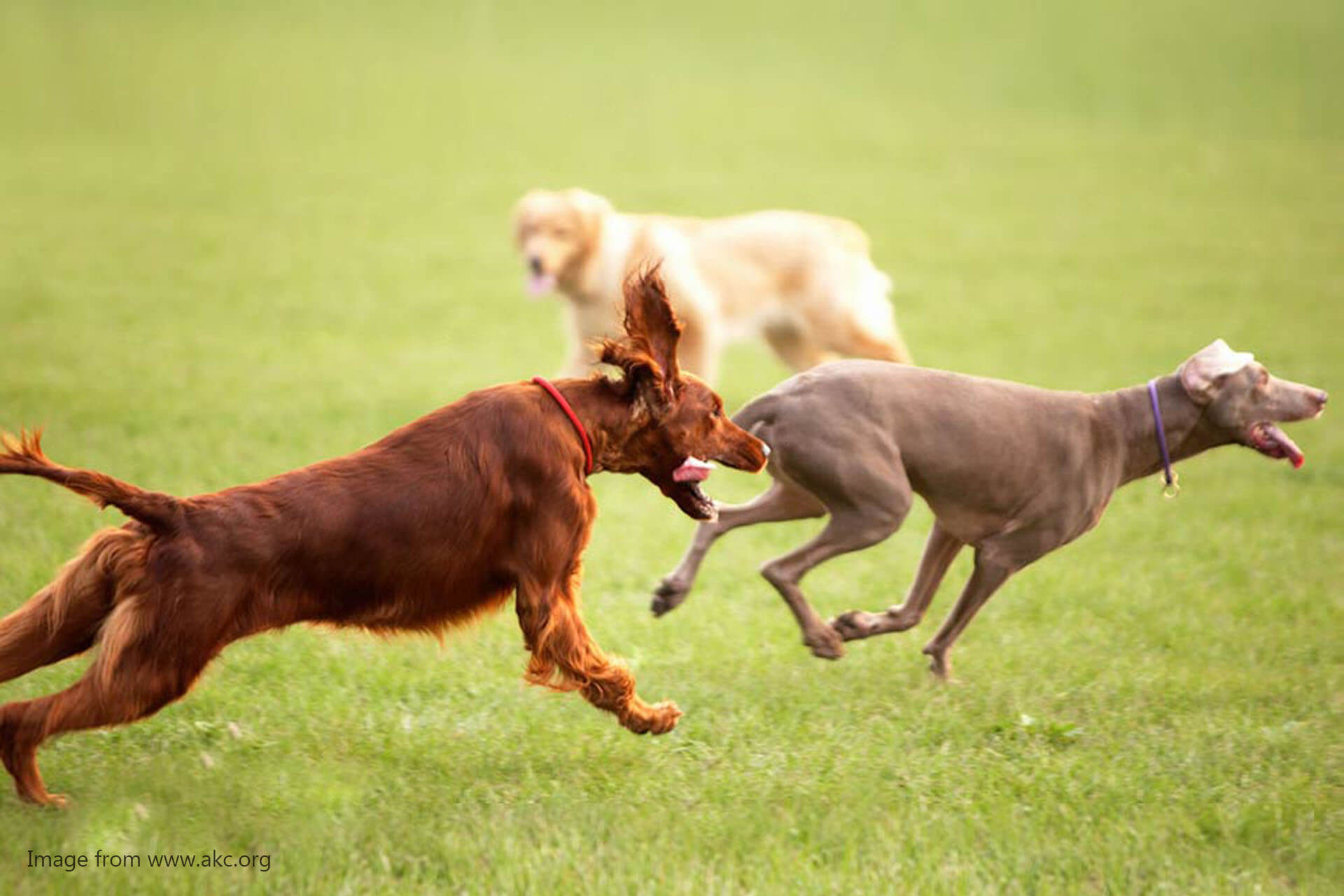 In the same way that humans regularly need health checkups, so do dogs. As a rule of thumb, you should take your pet to the veterinarian once per year. This annual visit gives healthcare professionals the chance to diagnose any current or future issues so that you can be proactive in treatment.

There are four types of health and wellness checks. The first is the standard office call. This process involves visiting the local veterinarian and consists of a couple of routine procedures. For instance, the doctor may check the following things: 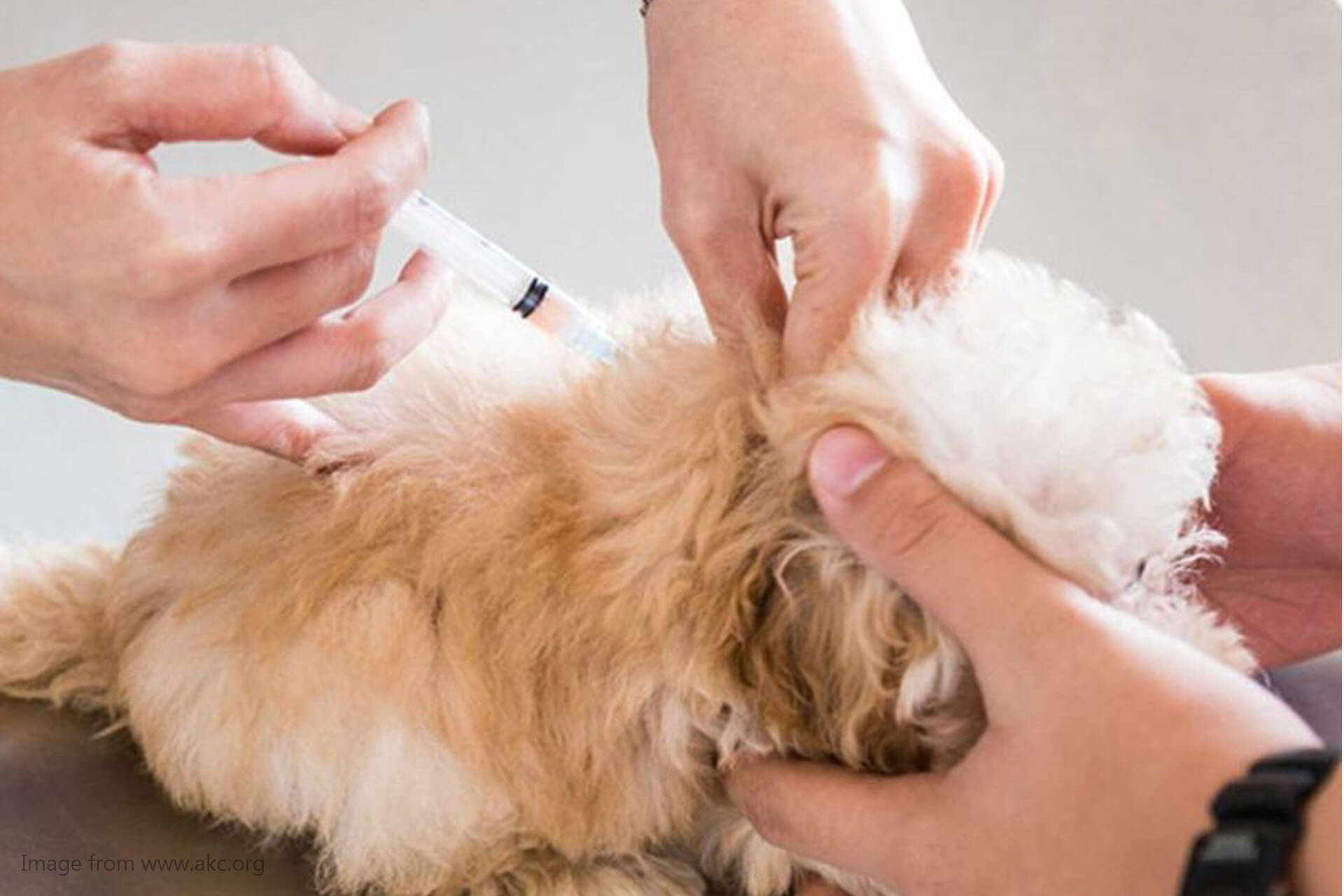 Another essential component of checkups is regular vaccine boosters. Most pets require two to four booster per year, so they can build up an immunity to diseases. The vaccines let their bodies produce the necessary antibodies for protection if they encounter a more virulent version of the same disease.

A checkup may also involve a heartworm test, as the parasite infects roughly one in every 200 dogs. Symptoms of heartworms can include persistent coughing, fatigue, and a reluctance to eat. The condition may worsen, though blood testing for the disease will nip the problem in the bud for only $45 to $50.

Similarly, veterinarians may want to conduct a fecal test. In addition to finding heartworms, these tests can reveal other parasites, such as coccidia and giardia. These intestinal parasites are almost impossible to see, so a doctor’s visit is the only way to confirm their presence.